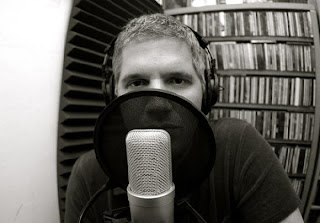 In what certainly can be considered odd timing, over the weekend, Chris Cantore announced his departure from KPRI via Twitter. On March 9 at 7:48pm, after his afternoon drive radio shift, Cantore tweeted, "OK, next friday is my last day @KPRiFM ... what's next ? details tuesday ... cool ? yew ! =)."

As Twitter followers began to suspect a possible move to FM 94/9's morning or even back to 91X where Capone's seat is still unfilled, Chris Cantore responded, "would make sense, but total co-ink-ee-dink ! xxoo". In the meantime, KPRI has begun airing job ads for the on-air vacancy.

Once again, sdradio.net was there with news that Cantore's next move will be "...using his social media skills, and will remain in San Diego in a non-traditional media outlet." While Cantore's official announcement won't come until Tuesday, Chris has been creating and developing SD Centric for a while now, so it is possible that the platform is finally where he wants it to be in making it a full time gig. The site's tag is "san diego, by san diegans".  I would suspect that after Chris' experience at X1FM and later with Legit Radio, those of you who want to hear  and interact with Chris will probably still be able to do so in some capacity via some UStream or LiveStream element, and there are already built in tabs on the site for SD Centric TV and Podcast elements, which will likely be expanded. Of course, there's always the possibility that there's some other new venture awaiting Cantore's direction, or he could still return to radio after some time but just can't say so because of common contractual non-compete clauses. I guess we'll have to stay tuned tomorrow. Regardless, I wish good luck to Chris Cantore in wherever his social stream takes him.

Update: The current rumor is that Chris Cantore will be joining the Union Tribune. I'll follow up if I get any more info.
Posted by Rosemary Bystrak at Monday, March 12, 2012