[Last week, Kyle Lynch once again volunteered a guest review of a Casbah show. Since I was nowhere to be found, here's his assessment of the night. Nate VanDermeulen was on hand for photos- rosemary]

On Tuesday, February 1st Art Fag Recordings boasted a smashing lineup at the Casbah with Wild Nothing, Abe Vigoda, Heavy Hawaii and DJ Mario Orduno with special guest DJs the Crocodiles. Last time Wild Nothing was in town they played the Tin Can Alehouse and to a sold out crowd, this show was aimed to be the same. Wild Nothing had a big 2010 with their debut full length Gemini put out by the wonderful Captured Tracks and two EPs Golden Haze and Evertide, coupled with the hype making this show the definite place to be Tuesday night.
Heavy Hawaii: 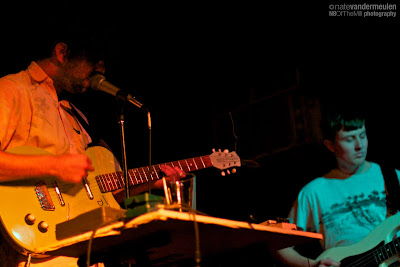 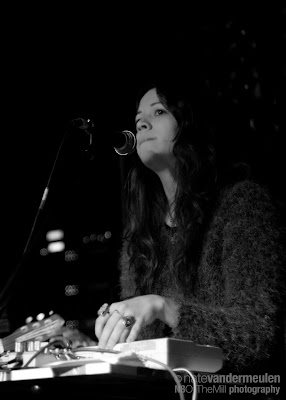 Heavy Hawaii took the stage first with their summery garage pop jams, capturing the crowds attention. Be on the lookout for these guys because 2011 promises to be a big year for them! Mario, Brandon and Charles on the decks and some hellos exchanged and it's Abe Vigoda's turn. 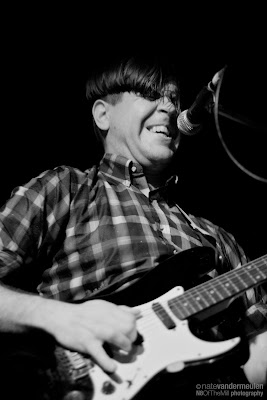 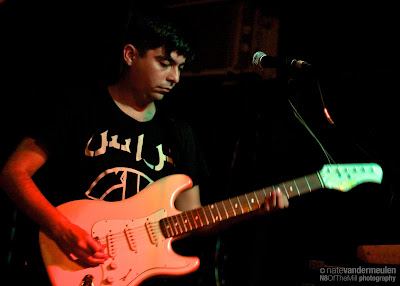 The boys hail from LA and I'm pretty sure almost everyone has had a chance to see them at least once, if not, make sure you go see them the next chance you get! Abe's sound has definitely changed over the years and their new album Crush is full of goth punk synths and new wave hooks, they have encapsulated the dark wave drama. My favorite of the night by far, the albums stand out "Throwing Shade" is a perfect new wave anthem and with a crowd so captivated by the band it seemed there were only a choice few dancing.... oh San Diego, when are you going to pull your heads out of your asses?! The band deserved some energy and San Diego mediocrely delivered, but the band did not! The boys in Abe Vigoda are super nice, so next time you get a chance have a chat with one of them; they'll greet you a warm smile and a handshake.

Now onto the nights headliner Wild Nothing and their brand of chillwave, with almost every single girl in attendance swooning over the bands handsome good looks; they were definitely the most hyped of the night. I gotta say they were a "Wild Yawn" courtesy of Tim H., the songs are great and all but the energy just wasn't there. They're a great band and have a fantastic record, but live they just left me wanting a little more. I think they would be better in a smaller more intimate setting like the Tin Can, even their single "Bored Games" wasn't enough for me. All in all it was a great night, with great friends and some wonderful bands that all deserve your attention. Much love to Rosey and everyone at the Casbah! xxox 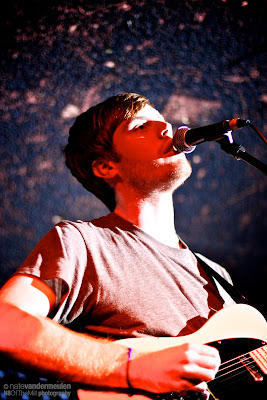 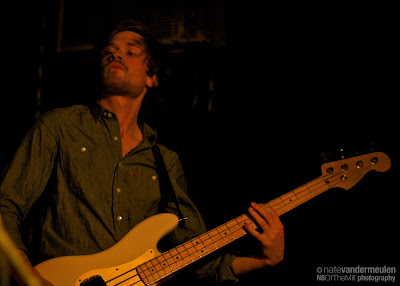 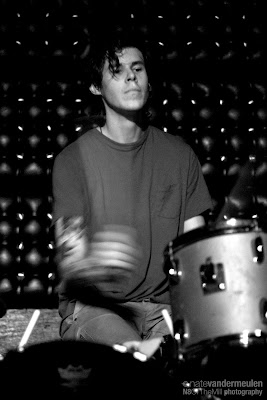 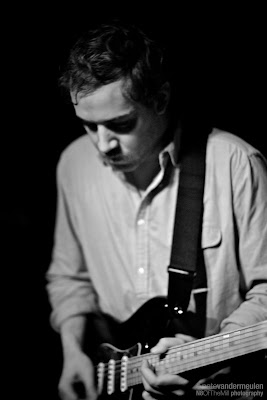 Awesome show. I went see Abe Vigoda, who crushed it along w/ Heavy Hawaii. I can see the reviewer's point about the understated performance, but my first look at Wild Nothing kinda blew me away. I had to dance a bit in my constricted little space on the floor. Couple pics from last week's show here http://bit.ly/hedmwn