Here's another tour post from Writer on the road:

wow. another great day on the road!

we pulled up to new mexico state's radio station, krux, and did a guerilla in-studio performance/interview. it's a bit stripped down and we were under the gun to get something recorded before booking to our show at el patio, but we think it came out alright. big props to mark for setting it up and getting us some great exposure. we'll update y'all as soon as we know when/where it can be found online.

we stripped down the gear during the interview and crammed it back into the trailer before flying down to the club, where lights on actually arrived before we did. amazing what a relaxing day in the pool can do... hahah

all kidding aside, they *brought* it and literally left the stage covered in blood and sweat. my shoes are starting to wear out from dancing to these guys. i'm actually very upset about this, as i'll now end up back in san diego looking like a hobo with shopping bags tied around my feet.

we can't say enough about how great is having them out here and supporting one another. we make it a party every night, and we're really bummed that tomorrow will be our last show with them.

oh. and not to toot our own horn, but toot toot; our set was friggin' awesome! probably the best so far.

big thanks to las cruces music impresario tucker for booking the show and being all-around one of the coolest people we know. his kindness and passion for music is only exceeded by his magnificent silky pony tail. [jealous]

we crammed into his bedroom for the night and he took the couch. writer votes his shower and its many amenities far and away the most pleasing thus far.

today's drive was only 45 min to el paso, and we didn't even have to stop for an andy pee break (a new record), which usually is prompted by a lot of screaming and clamping.

tonight's show is gonna be great, and we really look forward to sending our friends out with a bang. 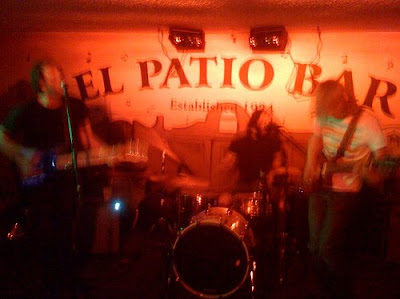 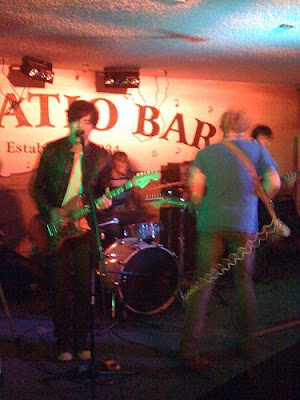 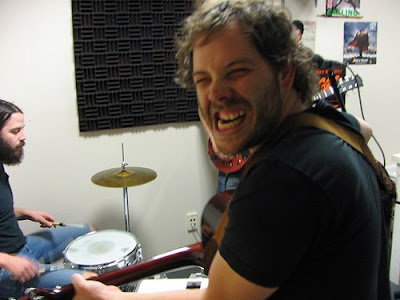 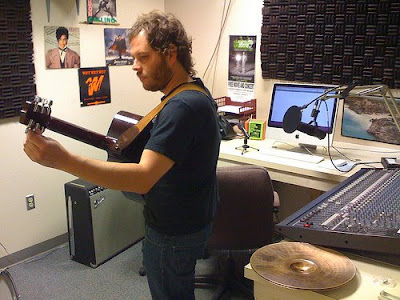