Writer on the Road To SXSW: Tucson to Albuquerque

lights off? after facing a myriad issues in getting on the road in san diego, our friends lights on finally got a push start and were able to somehow bend the space time continuum to their will and keep it together long enough to pull up in tucson just as we were about to go on. we played a great set and despite the untimely demise of their coveted glowing dragon sculpture, lights on tore it up as well. the show had a really fun vibe and we caroused late into the night.the folks at the red room took great care of us, and stuffed the band with the tastiest foods, beers and good times. there's a very cool creative scene coursing through tucson and we were able to stumble around town with some of its finest denizens. we danced away what was left of the night at an old chili factory house party. pepper jam. oh. and someone in writer inadvertently dry humped a cactus. we split from town right before the st. patrick's day parade ran over darth in a trail of cops and sloppy green slime. however the campy roadside attraction the thing proved to possess powers of mystery far greater than we could have possibly imagined. within moments of being in its presence,
something mysterious crawled out of andy, dagart's mustache began speaking in
tongues, and jayme's shades drifted into the ether in this land of enchantment.we're trucking on to albuquerque with lights on bringing up the rear (again). we've laid a series of boobie traps and oil slicks to get them off our tail. we also put up a sign that read albakurkey-> and if all goes according to plan, it will lead them directly into the black tunnel we painted on the side of a mountain.beep beep.-d 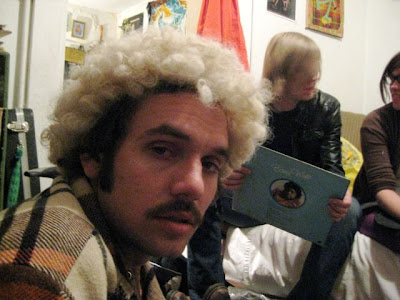 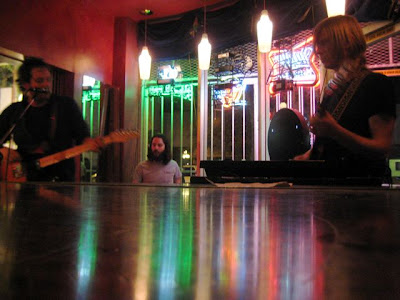 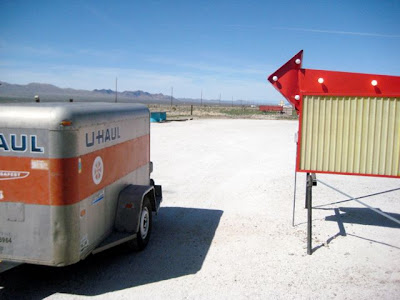 We are leaving for Las Cruces. Awesome 3 hour drive ahead, much better the past 3 days of 7 hour drives.

Dagart, are you changing your underwear?